Double Income Taxation For Expats And How To Avoid It

Expats face many challenges when moving and working abroad. One of these is their income tax reporting. Many expats find out during their research that the possibility of double taxation is very real. What is double taxation for foreign income, and what are the two ways to avoid it? Here's what you need to know.

No one likes paying income taxes, so the idea of paying them twice on the same income is alarming. The reason this could happen to expats is that the United States tax system is based not on where you earn the money but on where you are a resident.

Unlike most countries' income tax methods, the United States expects citizens to report all income earned worldwide. However, most countries in which expats earn that income charge taxes based on the fact that the income was earned within their borders. So an expat living on a Mexican beach may pay Mexican income tax and have to report that income to the IRS as well.

How Do You Avoid Double Taxation?

The good news is that the tax code does provide two primary ways to avoid this problem. The first is known as the Foreign Tax Credit. To claim this credit, you complete your tax return as normal, declaring your foreign and domestic income. Then, you are allowed a dollar-for-dollar tax credit equal to the income tax you already paid to the foreign government. If you paid $100 in taxes to Mexico, your U.S. tax is reduced by $100.

The second provision is the Foreign Earned Income Exclusion. This is basically an allowance of foreign-earned income (up to $108,700 for 2021) that you may exclude from taxable income on Form 1040. This may sound simpler, but to claim this exclusion, you must pass two tests involving how long you spend outside the U.S. and where your tax home lies.

Which Method Should You Choose?

Both the Foreign Tax Credit and Foreign Earned Income Exclusion may be sufficient for some expats' needs. However, many people need to carefully choose one that will provide the most benefit.

If the tax rate in your current home country is lower than that in the U.S, for instance, getting a credit for taxes paid may only cover a portion of American taxes. But if you travel back and forth between the two countries, you may not qualify for the Foreign Earned Income Exclusion.

The best way for any expat to minimize any chance of double taxation is to consult with a tax preparation service experienced in expat tax issues. Do this as soon as possible, especially if you haven't actually moved yet and have time to plan. This investment of time now will help you ensure that taxes don't give you a headache later. 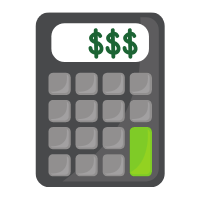 When tax season starts looming, most people start sighing under their breath. Few people actually enjoy compiling receipts and filling out paperwork. Luckily, there is a way to make tax season less groan-inducing. You can hire tax preparation professionals to handle the tough part for you. Yes, you will still need to gather your paperwork, but you can just drop it off to someone who will do the rest of the work for you. If the idea of tax services sounds nice to you, then continue reading. The articles on this website will teach you even more, enabling you to make smart choices during tax season.